Why is gold price decreasing globally

As most of us are aware the gold value in international market is going down. This is directly linked to the US economy. Lets evaluate the reasons for gold value decrease.

All the following has made US Federal Reserve to cut the stimulus (a package initiated by any government to flow the economy) to $10 billion, because of

This made the reduction of Gold value. 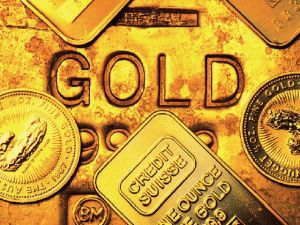 The stock markets in the United States caught fire, and everyone seemed to be jumping into equities, as Gold offers no dividend payments

Cyprus is a small Mediterranean island that holds significant stores of gold. Cyprus shocked the world, and the gold market, by announcing it would sell its gold to finance a 400-million-euro bailout, and relax the underperforming banks — even hinting that the government would go after the deposits of ordinary citizens. The impact on gold was drastic, with gold falling below $1,500 for the first time in more than 18 months, as investors worried that the other European nations doing the same.

The rise in gold imports has affected the India’s current account deficit (CAD) and hence RBI has imposed restrictions on imported gold. RBI also introduced an 80:20 scheme, whereby 20 percent of imported gold had to be exported back. Gold trading was also banned in special economic zones. These measures resulted in total gold consumption in India dropping by 50 percent, from 310 tonnes in the second quarter to 148 in quarter three.