As mentioned in my previous blog “So what is FDI all about?..” FDI is about investment by a foreign investor for doing business in our country. It is also important to understand what an FII is.

Foreign Institutional investors (FIIs) are entities established or incorporated outside India and make proposals for investments in India. 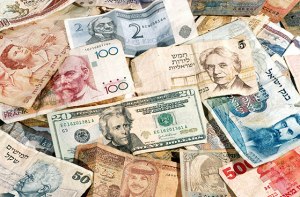 FIIs can invest in the stocks and debentures of the Indian companies. In order to invest in the primary and secondary capital markets in India, they have to venture through a scheme from Govt. of India called portfolio investment scheme.

FIIs are among the major sources of liquidity for the Indian markets. If FIIs are investing huge amounts in the Indian stock exchanges then it reflects their high confidence and a healthy investor sentiment for our markets. But with the current global financial turmoil and a liquidity and credit freeze in the international markets, FIIs have become net sellers (on a day to day basis).

As per latest government norm foreign investors with less than 10% stake in a particular stock will be considered as FII, and more than 10% stake as FDI.

Role of FII in recent downfall of Sensex –

Because of political uncertainty in the future elections, the FII’s are decreased in the start of this year. This has caused the Sensex fall for the fifth consecutive session, the worst beginning-of-the year performance since 1996.

Markets are concerned about the rising momentum behind AAP as there could lead to a hung Parliament. Meanwhile. FIIs bought stocks worth $20 billion in 2013